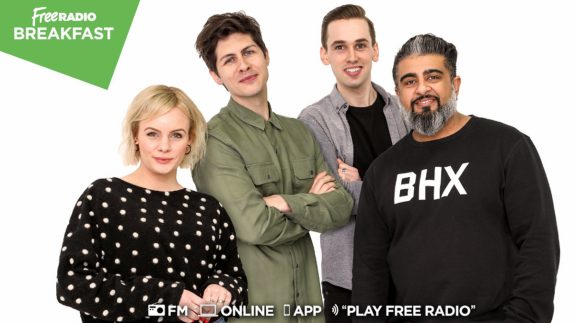 Ben has just started as the host of Free Radio Birmingham’s breakfast show.

When I was eighteen, I was asked what my dream job would be. My reply, “Radio Presenter!”. The thought of chatting and playing music (and being paid for it) seemed like the best job ever! – In the last few years I’ve been I’ve been dipping my toe into the radio pond in the form of weekend breakfast shows (Capital FM) – But now I have taken the plunge in the form of a five day a week gig on Free Radio Birmingham.

Radio has always been one of my favourite mediums. It has the ability to interrupt people’s lives for a few minutes a day to make them smile – then let them go about their business. As a performer there are very few thrills like live radio – come up with an idea or silly game, then at the end of the song…just do it!

So far it’s been great! – The team have been extremely welcoming and they’ve even let me pull a couple pranks (well…I was always going to).

It’s also the perfect show as once it’s finished I can then spend the rest of my day doing telly or performing magic in the evenings.

Give it a listen “Free Radio Bham” on DAB or 96.4fm (in the west midlands) 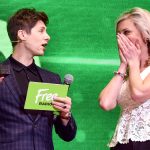